“It looks like a mask with giant eyes and fat cheeks. What does it do?” A backpack-wearing student asked another student while curiously examining a sculpture of a head figure sitting on a wooden pedestal in an unlit corner of the ANU Birch Building.

“What’s happening?” The pair emerged from the second-level staircase and watched art installers’ frantic to-and-fro. One installer was pushing a cart full of old TV screens; another group was gingerly unpacking shiny black panels swaddled in bubble wraps; six other men were busy hanging framed posters on the foyer walls.

WATCH: Behind the scenes of the setup and installation of works for the exhibition ‘Australian Cybernetic a point through time’.

It was crunch time in the Birch Building as the ANU School of Cybernetics had begun the setup and installation for its 10-day, grand exhibition Australian Cybernetic: a point through time.

The exhibition features over 100 original Australian and international works from the early 1960s to 2022.

Some significant works featured in the historic exhibition Cybernetic Serendipity in London in 1968 were shipped from US museums to Australia for this exhibition, including what the students referred to as “the mask with giant eyes and fat cheeks”: Albert, a 54-year-old kinetic sculpture which, during its time of creation, was a cutting-edge example of responsive technology equipped with light sensors and a motor that allow its gaze to follow visitors at the exhibition. The technology used in this kinetic sculpture, originally created as a student joking about his teacher, underpinned sophisticated modern-day technologies like facial recognition.

“For the first time, historic, contemporary, and conceptual cybernetic works are being brought together in a unique exhibition. Visitors will encounter aspects from two influential exhibitions: Cybernetic Serendipity and Australia ’75. Both events represented a fundamental turning point in the development of modern technology,” said Associate Professor Andrew Meares, the exhibition curator and the School’s Design Lead.

Other than the 1968 London exhibition, Canberra’s Australia 75 also inspired and informed the new exhibition. “Cybernetic Serendipity focused on computer-generated art, while Australia 75 was more about performing arts,” Meares shared.

Canberra began the 10-day festivities of Australia 75 in March 1975. The festival was inspired by Cybernetic Serendipity and also included contributions across theoretical and applied sciences, Indigenous art, visual arts, and crafts.

One of the works from Australia 75 displayed at the new exhibition is a macramé tapestry called Erosion of Memory that won the major prize in a craft competition during the festival.

This tapestry was acquired by ANU following Australia 75, hung in the foyer of the Birch Building until the 1990s, and was recently reinstalled in the building’s ground-level foyer.

Australian Cybernetic: a point through time also presents a great opportunity for Canberrans to see up-close two internationally acclaimed contemporary works by Australian artists. Professor Kate Crawford’s Anatomy of an AI System, currently displayed at the Museum of Modern Art in New York, has an iteration included in the exhibition. The Emmy-award winning, virtual-reality work entitled Collisions by celebrated Australian filmmaker Lynette Wallworth will also be available for Australian exhibit goers to experience.

Both Crawford and Wallworth are inaugural artists-in-residence of the School’s Cybernetic Imagination Residency program.

“There are pieces that are cybernetic systems in and of themselves, highlighting the possibilities for interactions between living and technical systems. We’re inviting people to take a tour through time and learn about the history of technology and art and how this contributed to cybernetics and the multimedia, tech and music we enjoy today,” Meares said.

The exhibition runs from 22 November to 7 December (EXTENDED) and is a highlight of the official launch of the School of Cybernetics. 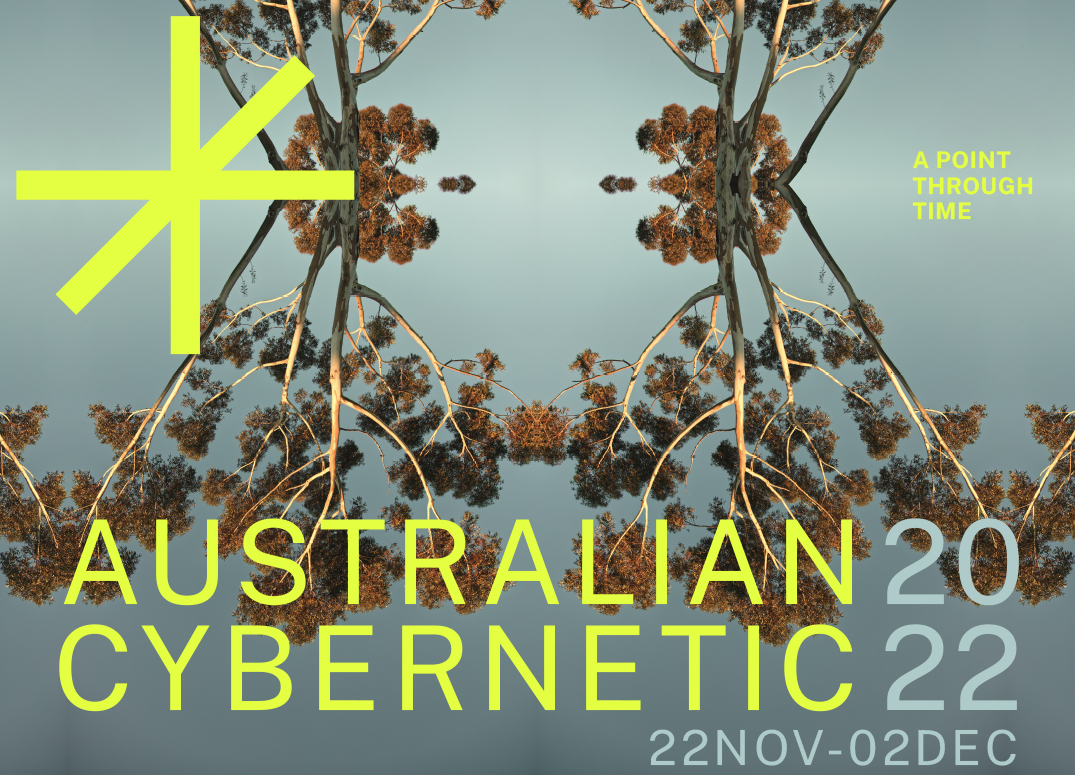 Click here to register for guided tours and events. Open to the public.

You are on Aboriginal land.

The Australian National University acknowledges, celebrates and pays our respects to the Ngunnawal and Ngambri people of the Canberra region and to all First Nations Australians on whose traditional lands we meet and work, and whose cultures are among the oldest continuing cultures in human history.